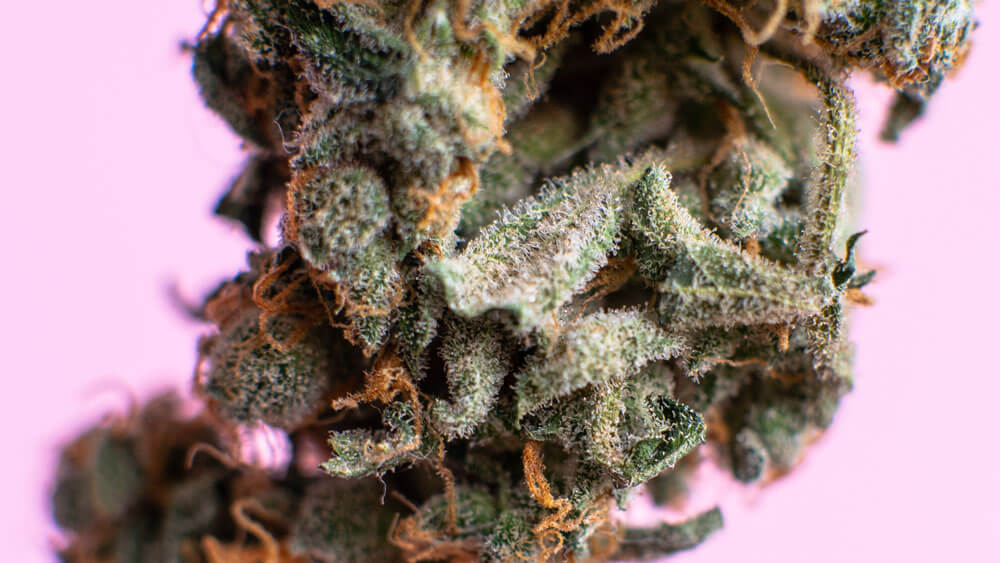 What Makes These Cannabinoids So Very Different from Each Other?

The Cannabis Sativa plant naturally produces well over 100 identified chemical compounds referred to as cannabinoids. Among the two most prevalent and highly sought after are CBD (cannabidiol) and THC (delta-9-tetrahydrocannabinol).

With the introduction of the 2018 Farm Bill (affecting hemp-derived CBD), and the widespread legalization and/or decriminalization of recreational and medical cannabis (rich in THC), the line between these two previously controversial substances is more blurred than ever before.

This guide attempts to help you better understand the key differences between CBD and THC, from the chemical structure and makeup, to the physiological effects, and even legalities regarding when and where use is allowed.

First discovered in the 1940s, cannabidiol is the second most highly concentrated cannabinoid in cannabis. Present in both industrial hemp and cannabis, CBD is non-psychoactive, but capable of eliciting a wide range of physiological effects when consumed. Recently, CBD has skyrocketed in popularity, with the industry growing to more than 7.1 billion USD in the United States alone. Its use by the public is primarily as a wellness aid, with consumers reporting effects perceived as improving their quality of life.

Delta-9-tetrahydrocannabinol (THC), is best known as the psychoactive compound found in cannabis. It is this cannabinoid responsible for the ‘high’ experienced when cannabis is consumed.

CBD vs. THC: Key Differences at a Glance

Both CBD and THC affect the body’s natural endocannabinoid system (ECS). This system is responsible, in part, for assisting in maintaining homeostasis across a multitude of bodily systems and processes. Although research is ongoing, to date it has been confirmed that the ECS plays a role in processes that include but are not limited to appetite, memory, mood, sleep, inflammation, immune response, and more. Although both CBD and THC are structurally similar, they are quite different in many regards.

What are the Differences in Chemical Structures?

Despite both interacting with and influencing the endocannabinoid system (ECS), it is the slight difference in the arrangement of these atoms that is attributable to the drastically different effects of each when consumed.

How Does Each Interact with Our Endocannabinoid System?

First discovered in 1992 by Raphael Mechoulam, along with researchers Dr. Lumir Hanus and William Devane of the National Institute of Mental Health (NIMH), the endocannabinoid system (ECS) is comprised of neuromodulatory lipids and their respective receptors.

Distributed throughout various mammalian tissues and systems, the ECS is responsible (at least in part) for the regulation of various immune, nervous and cardiovascular system functions.

When various cannabinoids bind to ECS receptors (primarily CB1 and CB2 receptors), it elicits a myriad of physiological and neurochemical responses, some of which are thought to aid with maintaining homeostasis and/or for therapeutic effect.

Although studies are ongoing, this complex system is currently thought to play a role in modulating:

How CBD Interacts with the Endocannabinoid System (ECS)

Although research is still ongoing, some scientists purport that CBD can have an influence on physiological processes even in absence of binding to CB1 or CB2.

CBD has demonstrated its ability to impact a broad range of physiological processes, some of which may have therapeutic applications from mood to metabolism, with research underway on exploring how and if CBD may be used as a tool in medicine.

How THC Interacts with the Endocannabinoid System (ECS)

THC, on the other hand, has a high affinity for CB1 receptors, most densely populated in the brain. There, the binding of THC to these receptors is responsible for the release of neurochemicals capable of producing the euphoric ‘high’ that THC is known for.

What are the Different Effects and Side Effects Reported by Users?

Effects of CBD As Reported By Users

Although CBD is not psychoactive and does not tend to produce an ‘acute’ effect that can be ‘felt’ like THC, CBD is loved by millions of individuals around the world for its purported ability to improve quality of life, and aid with overall wellness.

Consumers Most Commonly Self-Report Benefits Such As:

Potential Side Effects of CBD As Reported By Consumers

Effects of THC Reported By Users

THC is most notable for its psychoactive properties, and when consumed, causes a ‘high’ lasting from minutes to hours depending on how it was consumed.

Consumers Most Commonly Self-Reported Benefits Such As:

Potential Side Effects of THC Reported By Consumers:

Do THC and CBD Both Show Up on Drug Tests?

Does THC Show Up on a Drug Test?

The majority of panel drug tests test for THC and/or its metabolites. The duration of time that a user of THC/cannabis would test positive for THC varies widely based on the testing methodology (urine, blood or hair test), metabolism, and more.

Generally speaking, THC will be detectable on a drug test for between 3-30+ days in urine, up to 90-days in hair, up to 36 hours in blood and up to 48 hours in saliva.

Does CBD Show Up on a Drug Test?

The answer to this question is a bit more complicated, and is dependent on the type and composition of the CBD product consumed.

CBD itself is will NOT show up on a drug test. However, metabolites of CBD, and/or CBD that is full-spectrum (meaning it contains minute levels of THC), could potentially show up as positive for cannabis use.

Those with concerns regarding testing ‘hot’ on a drug test, should use CBD isolate or CBD broad-spectrum (but not full spectrum) products that are independently tested by a third-party lab for purity and to validate there is no THC present.

CBD Isolate: Is comprised of ONLY pure CBD and a carrier (usually an oil such as MCT, olive or coconut oil). It does not contain any other cannabinoids.

Broad Spectrum CBD: This form of CBD contains not only CBD, but a full profile of naturally occurring cannabinoids such as CBN and CBG. However, it is absent of THC.

Full-Spectrum CBD: Full spectrum CBD is comprised of CBD and the full spectrum of naturally occurring cannabinoids, including a small amount of THC.

What Are Their Differing Legal Statuses?

What is the Legal Status of CBD?

The 2018 Farm Bill, known also as the Agricultural Improvement Act of 2018, paved the way for the production of industrial hemp, including its oils, extracts, isomers, derivatives and more, so long as the concentration of THC did not exceed 0.3% on a dry weight basis. This landmark legislation removed hemp from the Controlled Substances Act (CSA) under federal law.

Currently, the FDA retains authority over the regulation of hemp and CBD products in the United States, treating those products as it does any other FDA-regulated product.

To date, the only approved CBD drug authorized by the FDA is Epidiolex®. Apart from this drug, the FDA has not approved the marketing of CBD for the dignosis, treatment, prevention or cure of any medical condition, illness or ailment.

That said, hemp-derived CBD containing less than 0.3% THC may be produced, marketed and sold so long as it applies with any other applicable laws and regulations. According to the FDA, CBD cannot be marketed or sold as an added ingredient to any food or beverage, and its use as a dietary supplement is in a state of flux, with significant regulatory restrictions imposed by the Dietary Supplement Health Education Act of 1994 (DSHEA), the Food, Drug and Cosmetic Act (FD&C Act), as well as a wide range of conflicting state and regional regulations in the United States.

What is the Legal Status of THC?

Across the United States, the cultivation, possession, distribution, sale and possession of cannabis is federally illegal pursuant to the Controlled Substances Act of 1970 (CSA).

Under CSA, cannabis is classified as a Schedule I controlled substance, considered to have a high potential for both abuse and dependency, and with no currently accepted medical use.

However, at the state level, we’ve seen a considerable push to decriminalize and legalize the recreational and medical use of cannabis within state borders.

As of the date of this guide, 36 states allow the use of medical cannabis with a doctor’s prescription, as well as the District of Columbia and 4 of the 5 US Territories.

Taking things a step further, another 18 states have legalized the use of recreational cannabis without the need for a prescription. Thirteen other states and the U.S. Virgin Islands have opted to decriminalize cannabis.

CBD vs THC: The Bottom Line

Although chemically similar and naturally occurring in both Cannabis as well as hemp, CBD and THC are distinctly different cannabinoids that influence our body’s endocannabinoid system in unique ways.

Each has its own pros and cons, ranging from clinical research and use cases, to legalization and effects. While THC is most commonly known as the illicit drug present in cannabis, CBD is considered to be a more approachable (potential) therapeutic wellness aid used by millions of consumers who want to harness the purported benefits of cannabis without the ‘high’ of THC.