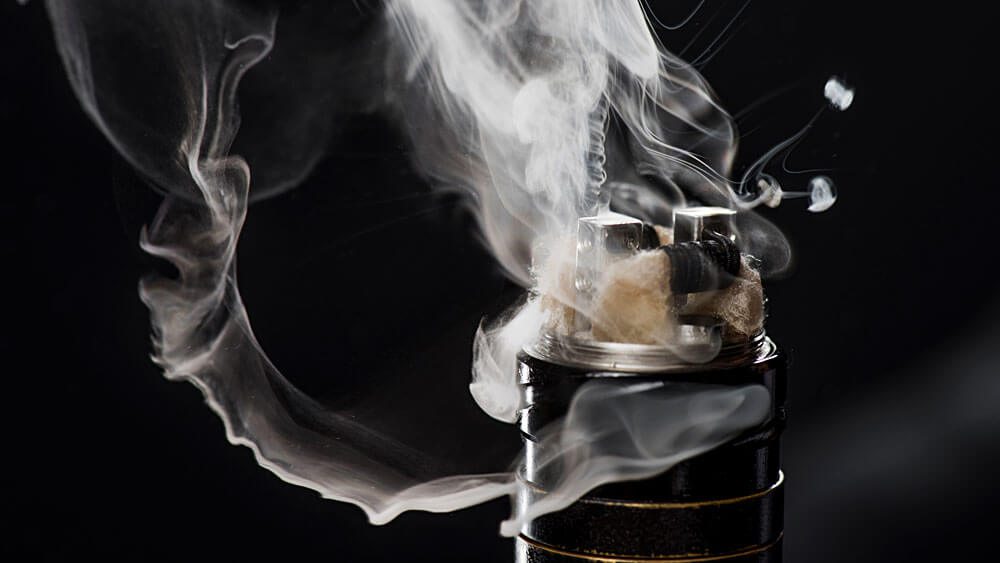 A Poison with Enormous Health Consequences

Most people are familiar with nicotine as the addictive, stimulatory drug added to tobacco products. While tobacco’s negative impact on health parameters is well-known among the general public, many individuals still remain in the dark about nicotine’s role in their health and well-being.

Nicotine is a natural plant alkaloid, but can also be synthetically made in the lab, such as the nicotine salts added to vape juices, nicotine gum, patches, and e-cigarettes.

Found naturally in tobacco and other plants, nicotine is highly addictive, and an increasingly concerning substance given the popularity of vaping, especially among teens.

Throughout the years, nicotine has been a highly debated drug, propped up by ‘big tobacco’ and associated lobbyists, while vilified by the medical and scientific community.

In this guide we explore the multitude of health concerns associated with nicotine, providing you with a comprehensive overview of how toxic nicotine really is, and the ramifications of its use in both the short and long term.

Crude nicotine was discovered in 1571, later purified in 1828. Since then, tens of thousands of studies have investigated nicotine’s chemistry, pharmacology, potential role in medicine, and harmful side effects when consumed.

Despite the ocean of research out there, significant efforts have been made by Big Tobacco to veil or downplay the negative health impact of nicotine, leading much of the population to underestimate just how toxic this alkaloid can be.

According to Johns Hopkins Medicine, nicotine is a highly toxic substance, capable of spiking adrenaline, increasing anxiety, raising blood pressure, increasing heart rate, and increasing the chances of stroke and/or heart attack, among other negative consequences.

Negative Side Effects of Nicotine

There are a multitude of health risks associated with both the short- and long-term use of nicotine, with risks varying depending on the mode of consumption, and the length and concentration of exposure.

Some effects of nicotine pose medium to long-term risks, while others are experienced acutely after consumption. Some of these may be noticeable, while others remain a ‘hidden’ or ‘silent’ danger for consumers.

Acutely, nicotine causes a marked increase in blood pressure, cardiac contractions, and heart rate, along with a significant increase in adrenaline and gastrointestinal activity.

Stimulation of the cardiovascular system results in increased stress on the heart, inhibiting its ability to function, sometimes resulting in a decrease in blood flow, oxygen, or heart attack. Nicotine constricts coronary blood vessels, causing further stress on the heart and increasing the risk for adverse cardiovascular events such as heart attack, arrhythmias (i.e. atrial fibrillation), or stroke.

Coronary Blood Flow – Nicotine acts on the smooth muscle of vascular walls, constricting the coronary arteries. This is especially troublesome for those with underlying heart conditions, causing a ‘silent’ impairment of blood supply and mimicking exercise-induced stress on the body, especially the cardiovascular system, creating an alarmingly elevated risk of negative cardiovascular events.

Arrhythmogenesis – The risk of myocardial infarction (heart attack) and sudden cardiac death are thought to be attributed to the arrhythmogenic (arrhythmia inducing) and ischemic (reducing blood flow to tissues) properties of nicotine. For example, it is theorized that nicotine may contribute to both fibrillation and fatal ventricular tachycardia. This theory has been supported by evidence in animal models and human clinical trials.

Risk of Thrombosis and Stroke

It is thought that nicotine’s influence on increasing the release of epinephrine acutely activates platelets, potentially leading to blood clots (thrombosis) or stroke. Those with underlying heart conditions and/or plaque buildup, higher blood pressure, or diabetes are at higher risk.

Nicotine is a well-known vasoconstrictor, resulting in constriction of blood vessels throughout the body, while dilating those in skeletal muscle. This can result in a decrease in skin temperature, epithelial blood flow, and directly contribute to reduced wound healing, progressive kidney disease, macular degeneration, and placental dysfunction throughout pregnancy.

Nicotine causes a chronic systemic inflammatory response through several physiologic pathways. Inflammation has been shown to be a key driver and contributing factor in the development of atherosclerosis as well as in ischemic events such as heart attacks and strokes.

Can I Overdose From Nicotine?

According to the National Institute for Occupational Safety and Health, the dose of nicotine deemed to be lethal is between 50-60mg/kg of body weight for adults.

Although it is unlikely that an individual could smoke their way to an overdose, nicotine e-juices contain much more nicotine than does a cigarette, and it is possible to overindulge to the point of poisoning.

Other Circumstances Where Nicotine Poisoning Can Occur:

Signs and Symptoms of Nicotine Poisoning Include:

If Left Untreated, Nicotine Poisoning May Cause:

Myocardial Remodeling – Nicotine can cause remodeling of heart tissues, including fibrosis (scarring) and hypertrophy, leading to cardiac diseases such as congestive heart failure, arrhythmias, and other cardiovascular complications.

Atherosclerosis –  Atherosclerosis is a hardening, narrowing, and/or thickening of the arteries, associated with plaque buildup, blood flow restriction, heart attack, and stroke. As explained In the Journal of atherosclerosis (Atherosclerosis. 2011 Apr; 215(2): 281–283.), nicotine directly contributes to the development of this disease.

Nicotine has been shown to cause a chronic systemic inflammatory response through several physiologic pathways. Inflammation has been shown to be a key driver and contributing factor in the development of atherosclerosis as well as in ischemic events such as heart attacks and strokes.

Chronic Inflammation Has Been Clinically Implicated in the Development and Risk of:

Are e-Cigs Safer Than Tobacco?

Smoking tobacco has been on a steady downtrend over the last decade. This trend, in part, has been fueled by the increased use of e-cigarette and vaping devices.  But is vaping safer than tobacco?

According to the World Health Organization (WHO), tobacco kills 8 million people annually, leading many individuals to switch to vaping under the false premise that it's safe.

The Dangers of Vaping

Researchers Have Discovered the Following Harmful Chemicals in e-Cig and Vape Juices:

The Health Concerns of Vaping

As research emerges regarding the long-term use of e-cigarettes, the medical community is learning more about the dangerous and potentially life-threatening consequences of vaping.

The Health Concerns of Vaping: An Overview

Is Vaping Less Addictive than Tobacco?

One common misconception regarding vaping is that the practice is less addictive than is tobacco. While this may be true for those who vape juices without nicotine, e-juices containing nicotine or nicotine salts have been proven by Johns Hopkins and other researchers to be just as addictive as smoking tobacco.

Nicotine withdrawal is a very real phenomenon, causing both mental, physical, and emotional symptoms. Typically, days 3-5 are the worst, but the symptoms of withdrawal continue long after.

Physical Symptoms of Nicotine Withdrawal Include: