History and Cultural Significance of CBD 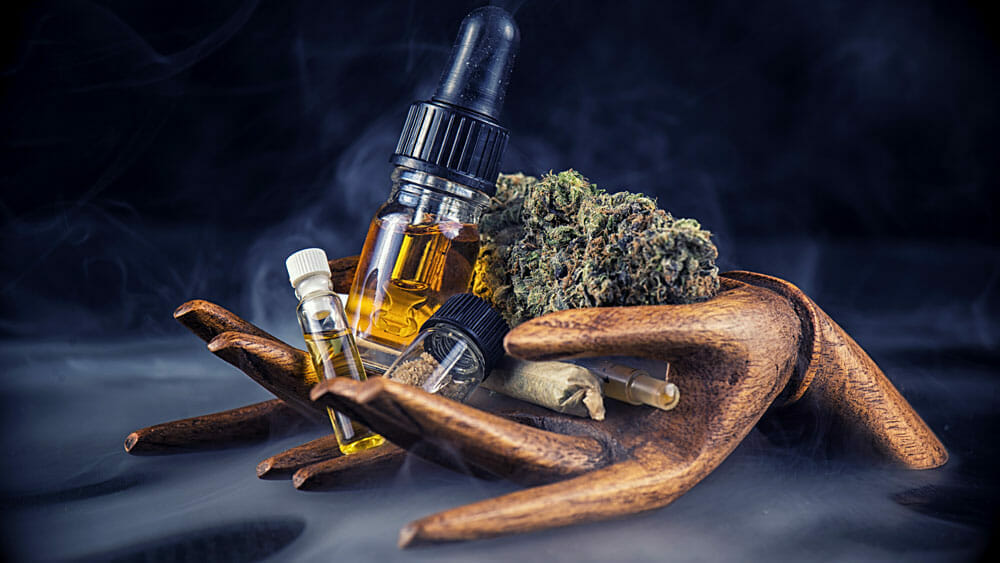 The Discovery of Cannabinoids

Cannabis has been used as a medicine, for religious ceremonies and rituals, and for recreational purposes for over 5000 years. Cannabinol (different from Cannabidiol/CBD), was the first plant cannabinoid to be isolated by chemists, is thought to form naturally from THC during the storage of harvested cannabis, as well as being produced by the plant itself in smaller quantities.

However, it wasn’t until 1839 that Irish medical researcher and physician William B. O’Shaughnessy published a study pertaining to the potential therapeutic effects and medicinal applications of cannabis. At the time, his research was controversial and misunderstood, not having yet discovered cannabinoids and how they interact with the endocannabinoid system to elicit effects.

Almost 100 years after O’Shaughnessy’s research, advancements in science and technology made it possible to identify individual compounds in cannabis, including CBD. Cannabidiol (CBD), first discovered in 1940, is one of 113 identified cannabinoids in cannabis plants, and accounts for up to 40% of the plant's extract.

The chemical structure of CBD was first elucidated in the 1930s by R.S. Cahn, but it wasn’t until 1940 that R. Adams and his colleagues in the USA were able to successfully synthesize the cannabinoid in a lab.

Research on the Cannabis Sativa plant revealed that both THC and CBD are present in the plant primarily as acids that become decarboxylated when the plant material is heated (such as when vaped or smoked). The structures of both THC as well as CBD were detailed by Raphael Mechoulam in 1964 and 1963 respectively.

In 1965, Mechoulam went on to synthesize (±)-CBD and (±)-Δ9-THC as well as the enantiomers of these two cannabinoids, marking important advancements that lead to the identification of other cannabinoids (Mechoulam & Hanus, 2000).

Similar to virtually all cannabinoids, its origin story began in a lab, where the chemical structure of CBD was first elucidated in the 1930s by R.S. Cahn. However, it wasn’t until 1940 that CBD was successfully synthesized in the lab.

In 1940, Harvard-educated organic chemist Roger Adams (along with his colleagues) successfully isolated CBD in its bis(3,5-dinitrobenzoate) ester form from the plant Cannabis Sativa. At the time they referred to C. Sativa as “Minnesota wild hemp”.

What Were the Initial Responses to CBD’s Discovery?

The identification and isomerization of CBD, despite being a significant breakthrough, was not widely recognized among the scientific community in its early days. This persisted until the 1960s when the ‘absolute’ configurations of cannabinoid isomers were determined (and then later synthesized in the lab).

At this time, Dr. Raphael Mechoulam, known today as the modern ‘godfather of cannabis research’, picked up where Adams left off, committing a significant portion of his career on better understanding CBD. It was in 1963 that Mechoulam first detailed the chemical structure of cannabidiol.

Mechoulam’s team of Israeli scientists sought to discover whether or not CBD contributed to the psychoactive effects of Cannabis. In 1970 the team concluded that CBD was not a psychoactive compound, but that it may have other potential uses.

How was CBD Studied After its Synthesis?

The 1940s and ‘50s marked the first pharmacological experiments involving the use of CBD oil extracted from cannabis. The experiments used various types of extracts, concentrations and formulations, including full-spectrum extracts containing varying levels of THC. These initial studies offered the first-ever glance into the pharmacology of CBD and how this compound works when ingested, with testing on primates providing conclusive evidence that THC was the primary psychoactive compound, with CBD capable of eliciting much milder effects.

It wasn’t until the 1980s that research into CBD as a potential therapeutic aid began to pick up steam. It was during this time that breakthrough research on epilepsy revealed CBD’s potential as an anti-epileptic. Initial pre-clinical studies started with mice and rats, offering promise in treating epilepsy, with positive results repeated and a safety profile established, the next stage was human trials.

In 1977, Brazilian researchers conducted a small clinical study on nine epileptic patients. Four of these subjects were provided with a daily dose of 200mg of pure CBD, while the other five were given a placebo. The results were remarkable, with two of those given CBD experiencing zero convulsions over the three-month treatment protocol, one demonstrating partial improvement, and one with no improvement.

How Long Have People Been Using CBD?

The legalization of CBD-based medications in the early 21st century led to their mass marketing and widespread use.

Today, CBD is EVERYWHERE. From local gas stations and drugstore shelves, to health food stores and big-box retailers, CBD is everywhere you look. Its even issued as an FDA-approved prescription for epilepsy (Epidiolex).

CBD is sold as an extract, oil, in supplements, as CBD-rich hemp for smoking, in beauty products and more. But how long have people been using CBD?

Turns out, people have been using CBD (unknowingly), for thousands of years. The use of hemp as a food source and for ritual, religious, social and ceremonial purposes dates back more than 5,000 years.

Referenced extensively for medicinal use, the Chinese herbal texts authored by the ‘Divine Farmer’, Chinese emperor Shen Nong, emphasizes the medicinal use of the hemp plant in ancient Chinese society. He used hemp/cannabis-infused teas to aid with a variety of ailments including gout, arthritis, malaria and memory.

Hemp Consumption in Arabia and Persia

In ancient Persia and Arabia, individuals consumed ‘hashish’ (the word for hemp in Arabian), where it was described as a ‘dried herb of pleasure’.

The tissues of excavated mummies have been found to have hashish in their tissues, indicating that hemp was consumed as far back as 1000 BC in Egypt.

Considered among the five sacred plants of India, ancient Hindu religious texts referred to hemp as the ‘sacred grass’. Indians used hemp to make a concoction called ‘Bhang’. Bhang is a type of drink using cannabis leaves and flowers along with spices, yogurt, water and milk, and was consumed on both social and religious occasions.

William O’Shaughnessy led the charge on popularizing the use of cannabis for medicinal use in both England and America. As a tending physician for the British East India Company, the doctor discovered that the plant was capable of alleviating nausea and for reducing arthritic pain.

It has been reported that the use of cannabis for medicinal purposes was sometimes employed by physicians in 19th century United Kingdom. One such famous case is the prescription of cannabis by Dr. J.R. Reynolds for Queen Victoria to ease symptoms of menstrual cramps and to reduce labor pain.

In 1978, the US federal government arrested Robert Randall for using cannabis to treat his glaucoma. Randall subsequently sued the government and a federal judge ruled in his favor, requiring the FDA (Food and Drug Administration) to set up a unique program where the FDA was mandated to grow cannabis on a University of Mississippi farm and then distribute 300 cannabis cigarettes monthly to Randall.

What Was CBD’s Path to Federal Rescheduling?

CBD’s path to Federal Rescheduling is deeply rooted in that of both Marijuana and Hemp. In other words, legislation has long struggled to provide clear distinctions between the products made from cannabis, leading to increased confusion amongst both legislators and consumers alike.

Cannabis Sativa has long been considered a Schedule I drug, meaning that it ranks among the most heavily restricted drugs that are said to have ‘no currently accepted medical use’. Opposition to this ‘Scheduling’ has been proposed dating as far back as 1972 to little avail.

Those in favor of rescheduling argue (vigorously we might add) that cannabis does not meet the strict criteria set forth by the Controlled Substances Act and that the government is required under current laws to either remove the plant from the list or approve it for medicinal use.

A follow-up to the 2014 Farm Bill, which established broad protections for research into Hemp and CBD, the 2018 Farm Bill offered support, legal security and stability for the nation’s hemp farmers.

This bill legalized the regulated cultivation and sale of industrial hemp and hemp-derived products (such as CBD), so long as the hemp contained less than 0.3 percent THC.

What to Know About the DEA’s CBD Rescheduling Order

That same year, the FDA (Food and Drug Administration) approved the first-ever CBD drug called Epidiolex. This move forced the DEA’s hand, considering how it would now classify Epidiolex.

The DEA’s ‘CBD rescheduling order’ opened up the doors for FDA-approved drugs to be rescheduled. This does not, by default, apply to all CBD products.

According to the order, those FDA-approved drugs derived from Cannabis, containing CBD and with less than 0.1% THC will be rescheduled to ‘Schedule V’. Schedule V is the lest-restrictive schedule for regulated drugs under the Controlled Substances Act.

How & Why Do People Use CBD Today?

DISCLAIMER: We do not claim nor endorse the use of CBD to diagnose, treat or cure ANY medical condition. The information below is for educational purposes only, based on scientific research publications, clinical studies, and consumer feedback.

Cannabidiol is used for a WIDE range of purposes, with the reasons as diverse as the tens of millions of consumers who enjoy this cannabinoid. In fact, a Gallup poll conducted in 2019 found that 33% of Americans have tried CBD, while 14% use CBD regularly.

But what are all of these people using CBD for?

According to research published by SingleCare, the primary reason cited by customers for use was for pain management, with more than 60% reporting use for arthritis and chronic pain. However, pain management was a much larger concern among older age groups (60+), while among younger age groups anxiety and stress were the prevailing reasons for use.

Again, we CANNOT MAKE CLAIMS that CBD is a viable solution for any of these uses. We’re simply reporting what people have said they take CBD for.

Why Consumers Choose to Use CBD (as reported by survey results):