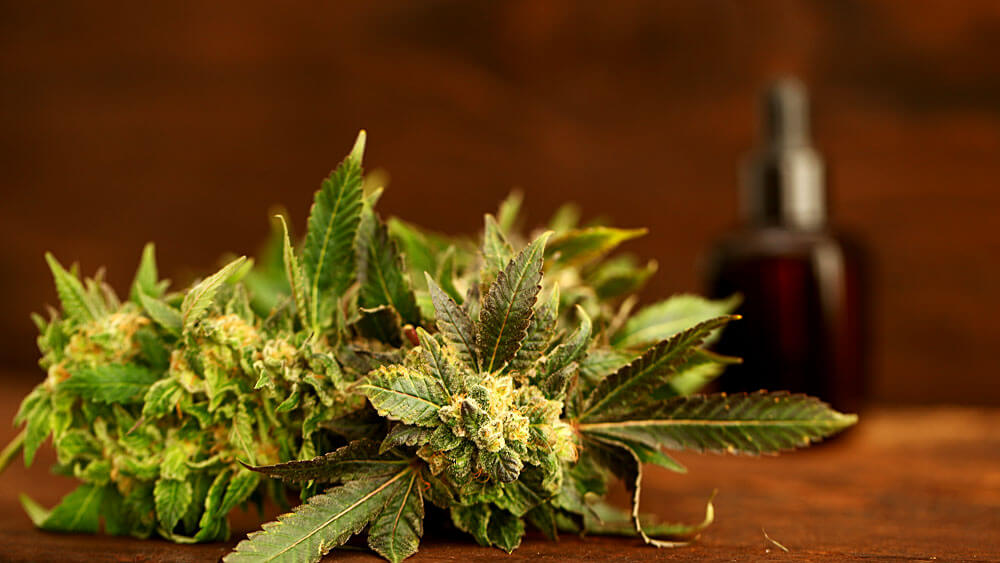 What Exactly is CBD?

First discovered in 1940, cannabidiol (CBD) is one of 113 unique phytocannabinoids naturally produced by the cannabis plant. Absent of any psychoactive properties, CBD can be extracted and/or isolated from both Marijuana and industrial hemp.

CBD is in everything from moisturizers and coffee, to makeup and wellness supplements. Unless you’ve been living under a rock on a deserted island, you’d be hard-pressed to be in the dark about CBD these days.

With a global market size estimated at nearly 2.8 billion USD in 2020, and with 2021 expected to close out around 3.5 billion, CBD is everywhere. Magazines, TV, supermarkets, and health food stores alike are all in on this compound.

But what is CBD?

Despite its prevalence and unbridled popularity among tens of millions of consumers worldwide, many individuals still have questions about what CBD really is, where it comes from, whether or not its safe, and more.

In this guide, we cover everything you’ve ever wanted to know about CBD, answering lingering questions you may have been embarrassed to ask, or didn’t know you even had.

What are the Chemical Properties of CBD?

Capable of binding to physiological targets that make up the body’s endocannabinoid system, CBD accounts for up to 40% of cannabis and hemp extracts.

While the full implications of consuming CBD are still being scientifically and clinically investigated, the compound has shown promise as a potential pharmaceutical or therapeutic target.

However, CBD’s place in wellness and medicine is still a hotly debated topic. Although the body of evidence in CBD’s favor continues to mount, to date the US Food and Drug Administration (FDA) has approved only one CBD-based drug for use in the United States.

CBD is a Prevalent Phytocannabinoid

CBD is a cannabinoid, but more specifically, a phytocannabinoid.

Being lipophilic means that these cannabinoids have an affinity for combining with, or dissolving in fats or other lipids, one reason why CBD is often sold as an extract suspended in various oils (more on this later).

When consumed, phytocannabinoids produced by the cannabis plant are capable of binding to, and interacting with, various receptors found in the body’s endocannabinoid system (ECS). This interaction is thought to cause a myriad of physiological effects that are thought to be responsible for CBD’s purported benefits.

Why Does Cannabis Produce Cannabinoids Such as CBD?

Contrary to the belief of some naturalists, cannabinoids are not created for human use or pleasure. Turns out, there are numerous ecological factors at play.

Cannabis is evolutionarily older than our own species, and as such, has had to adapt to environmental factors in order to not just survive, but thrive.

What are the Most Common Phytocannabinoids in Cannabis?

What is the Difference Between a Phytocannabinoid and a Cannabinoid?

When it comes to cannabinoids, the scientific world generally divides these compounds into two distinctive categories:

Structurally, endocannabinoids are not necessarily structurally different on a molecular level, and both are capable of interacting with and affecting the endocannabinoid system when attached to ECS receptors.

How Is CBD Made?

CBD can be produced through biosynthetic pathways in both plants and mammals. The process of biosynthesis is typically an enzymatic reaction, meaning that it is initiated by the presence of one or more enzymes. These enzymes kickstart a chain of biological and chemical reactions resulting in the creation of complex molecules, including CBD, as well as its precursors such as cannabigerolic acid (CBGA) and cannabigerovarin acid (CBGVA).

Enzymes Responsible for CBD Production Via Biosynthesis Include:

Even the first FDA-approved CBD-based drug (Epidiolex®) uses natural plant extracted and purified CBD. However, according to Chemical and Engineering News several pharmaceutical companies have begun investing in manufacturing facilities, R&D, and analytical capabilities to support a future where cannabinoids such as CBD are lab-produced using organic chemistry, as opposed to being extracted by the plant itself.

Of these, former unit of Johnson & Johnson, Noramco, has aggressively pursued the synthetic cannabinoid market. Already synthesizing CBD in Switzerland, the company began to produce pharmaceutical-grade synthetic CBD stateside at its Athens, GA facility in 2019.

Where is CBD Made?

What are the Ways CBD is Extracted?

Also often referred to simply as “solvent” extraction, this methodology involves the use of, you guessed it, a solvent. Commonly used solvents include propane, butane, ethanol or isopropyl. This type of extraction is often preferred by budget-conscious manufacturers due to its simplicity and affordability.

Ethanol or other solvents are used to dissolve plant materials to extract both cannabinoids and chlorophyll. This results in a CBD-rich, and somewhat bitter end product. The process involves placing all of the desired plant materials (such as plant clippings and flowers) in a special container. The organic plant material is then either run through or soaked in the solvent. When evaporated, the process leaves behind the cannabinoids in a concentrated oily solution.

The rise in competition and consumer awareness has brought about positive changes in the industry, one of which is the implementation of CO2 extraction methods. This form of extraction is considered superior to solvent extraction due to its ability to produce a safe, potent and chlorophyll-free product. That said, it is also the more complex and costly of the two extraction methodologies.

The process is carried out by using what is known as a “closed-loop extractor”. This specialized extraction machine is comprised of three chambers:

Why Does CBD Need to be Extracted?

CBD is a singular compound found in hemp. It is one of many cannabinoids and terpenes naturally present in the plant. However, consumption of raw hemp is neither pleasant, nor advisable to get the level of CBD necessary to elicit a biological and potentially therapeutic or medicinal response.

As such, we need to extract pure CBD from the hemp plant so it can be made available in a high enough concentration to prove useful for overall health and well-being.

Further, in order for cannabinoids such as CBD to be physiologically effective, they need to go through a process called decarboxylation (application of heat). Drying cannabis (in part) starts the decarboxylation process, but heating it when smoking or vaping instantly decarboxylates the cannabinoids making them “active” for your body to utilize. CBD, on the other hand, when ingested, has not gone through this process.

Once started, CO2 from chamber #1 is pumped into chamber #2 where it takes on the form of “supercritical CO2”. Supercritical CO2 is that CO2 that fluctuates between the liquid and the gas state. This CO2 then permeates the organic plant matter and extracts the desired cannabinoids and terpenes, after which the resulting material is pumped into the final chamber. The extract can then be processed further to isolate for particular cannabinoids such as CBD.

What is the Difference Between Full-Spectrum and Broad Spectrum CBD?

What is Full Spectrum CBD?

Full-spectrum CBD, by definition of its very name, includes a full spectrum of active compounds found in the cannabis plant. As opposed to CBD isolate, full-spectrum versions of cannabidiol are comprised of hundreds of cannabinoids as well as terpenes that give cannabis its unique and potent aroma and taste.

What is Broad Spectrum CBD?

By contrast, broad spectrum CBD also contains the full spectrum of cannabinoids, with one important absence at the table: THC. Broad spectrum is 100% THC free, a welcomed distinction for those who have moral, legal, medical or workplace restrictions regarding the use of any THC (no matter how small it’s presence).

Is There a Benefit of Full vs Broad Spectrum?

The Entourage Effect of Full-Spectrum CBD

The presence of multiple terpenes and/or cannabinoids may alter the overall impact they have on biological functions when consumed. There is generally thought to be a synergistic or complementary effect of full-spectrum CBD, known as the “Entourage Effect”.

For many, this makes full spectrum a preferred form of CBD when used for particular health concerns. It should be noted that full-spectrum CBD can be found both with and without THC. This is important in states where the use of THC in CBD may be illegal.

The idea of an “Entourage Effect” between cannabinoids was first broached by Israeli scientist Dr. Raphael Mechoulam and a team of researchers from The Hebrew University Medical Faculty in Israel. The scientists, known for their cutting-edge research on cannabis, postulated that in order for cannabis to provide the maximal effect as a medicinal aid, harmonious interaction between its cannabinoids is necessary.

As research would have it, they were able to demonstrate this effect to a degree, which was published in the European Journal of Pharmacology. However, it should be noted that there are certain conditions or health concerns that may be better suited to isolate vs spectrum and that much more research is needed to ascertain which may be most appropriate.

What are the Ways to Consume CBD?

Despite the federal 2018 Farm Bill having been passed and enacted into law, each state has jurisdiction within its borders to deem CBD legal or illegal, and to impose it’s own set of restrictions on the product.

WARNING: Laws, rules and regulations are always in a constant state of flux and subject to change at any time. If you choose to use or consume CBD, it is up to you to keep apprised of any rules or regulations that may apply to you in your particular jurisdiction.

States Where Hemp-Derived CBD is Legal:

Does CBD Have Abuse Potential?

According to the World Health Organization (WHO), review of current studies from well-controlled research on human subjects indicates that CBD does not have abuse potential.

The WHO went on to say that CBD is generally ‘well tolerated with a good safety profile’.

Is CBG the Same as CBD?

First isolated in 1964, cannabigerol (CBG), is a cannabinoid found in the cannabis plant. What makes CBG so unique is that it is the ‘precursor’ from which several of the other major cannabinoids is made from.

Throughout the plant’s growth cycle, enzymes work to convert CBGA (cannabigerolic acid) into: